You can plan, but you have to be ready to adapt those plans and have the attitude of just rolling with it.

It all started with my carry-on. I travel with one carry-on due to not wanting to have a checked bag lost. I have a 45L Eagle Creek bag that converts into a backpack. I can pack everything I need for weeks at a time in the bag.

But not on this trip. According to the baggage site that was posted on the website, carry-on bags could only weigh 11lbs and were confined to a certain size.

It stated that it was strictly enforced.

I changed plans. I bought a 90L Patagonia Black Hole duffle as my main checked on bag. I bought a 30L Pacsafe backpack to use as a carry-on that houses my camera equipment, and an 18L Flowfold tote to use for easy access to stuff needed while on the plane.

I get to the airport. Go through the check in process. Hang out in the lounge, as I have a Priority Pass. And everything is rolling smoothly along.

I board the plane and notice that most people have HUGE carry-ons! No way do they confirm at all to the size and weight that is posted on the website. Neither was the policy enforced of having bags that exceed the size and weight, will be checked.

We are almost to the airport when we experience a whole lot of shaking. The plane is rocking and rolling. The captain announces due to severe weather, planes are being turned away from Guangzhou airport to Bejing. 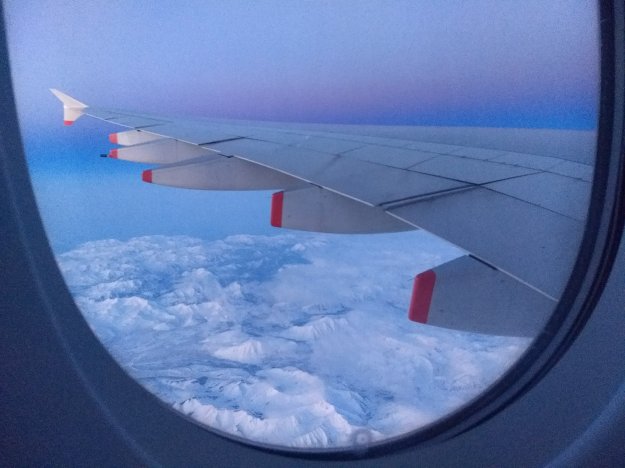 We, along with several other planes end up at Bejing sitting on the tarmac for 4 hours. Babies crying, impatient children, frustrated adults…we all had a bonding experience as we feasted on leftovers and drank up the reserve.

I made sure to use the restroom before they ran out of TP. Hey, I have heard those horror stories of being stranded on a tarmac with no resources and the toilets locked down.

I was not going to be THAT person in THAT position.

This is one reason why I came prepared with snacks.

We receive clearance. We give a cheer and head to Guangzhou, 4 hours away. And yes, of course the connecting flight is gone. And I have had my son cancel my pick up driver.

Anyway, in Guangzhou the airline has prepared in advance connection tickets. I am on the last flight out to Delhi leaving at 7 pm. I now have 6 hours to amuse myself.

But no…it is explained to me at the counter that this is a brand-new terminal and even though it states on the Priority Pass app that this lounge is available…it isn’t…”so sorry for the inconvenience” says the guy behind the counter.

I amuse myself for the next 6 hours with the common folk.

The 4 hour flight to Delhi was interesting. It was full of men! I asked the guy I was sitting next to ( we became “buddies” as I gave him my full dinner at his insistence- I already had been fed earlier) why there were so many guys on this flight. “We are coming home from a lighting convention,” he said. And then went into great detail about the electrical lighting infrastructure. He would explain with animated glee to his other companions our conversation throughout the flight.

He and his friends were excited and loud and happy due to their mass consumption of beer and with the prospect of leaving China to go home after having been away for two weeks.

Upon arrival to Delhi, I have to say that the whole process was way nicer, faster and easier than going through LAX. Did I mention how clean the airport was? That the workers were happy and had smiles on their faces. That everyone I encountered were nice, helpful, joyful. The customs guys were extremely helpful and nice and concerned about my well being. 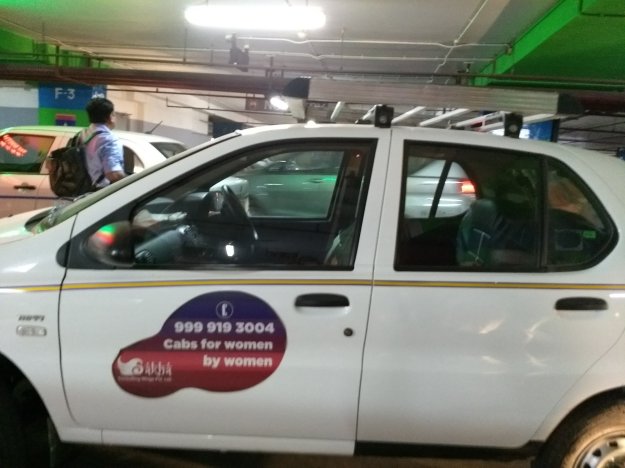 Cabs for women by women, is the organization that picked me up. Great company that teaches women how to be drivers. Mostly men drive cabs and there have been incidents of rape, enough so that women do not feel safe riding by themselves.

Best experience with a car for hire ever. The driver was wonderful and proceeded to honk her horn just like everyone else as she dodged between the various transportation vehicles and pedestrians on a hot (100 F) and humid night.

I arrived at my hotel at 12 am. A day later than planned… but I made it.

This site uses Akismet to reduce spam. Learn how your comment data is processed.